When winemaker David Rossi founded Fulcrum in 2005, he started by making cold calls to top Pinot Noir growers, working to persuade them into giving him access to small amounts of their fruit. His goal, was to make wines from the finest vineyards, without being constrained by regions or boundaries. After years of earning their respect as a winemaker, today, top growers are happy to work with David. The Fulcrum vineyard program now includes grand cru-caliber vineyards in the Anderson Valley, Russian River Valley, Sonoma Coast, Carneros and Chalone appellations. All vineyards are either organically or sustainably farmed.

To create luscious natural wines with the balance, complexity and depth of flavor for which Fulcrum is known, David generally selects slightly warmer sites, in very cool regions. These locations are warm enough to produce perfectly ripe fruit, but cool enough to allow the extended hangtime that builds the complex flavors David seeks. Because David believes in properly managing the fruit in the vineyards, as opposed to manipulating it after the fact in the winery, the viticultural practices of the growers is also key. David selects vineyards that emphasize minimal inputs, vine balance and meticulous management practices that sustain the environment. All of David’s Pinot Noir comes from vines trained on a VSP (vertical shoot positioning) trellis systems, with vines pruned to reduce shading of the fruit and promote ripening, but with enough leaves remaining to keep the vine healthy for decades to come. Crop thinning is practiced to create even ripening and to intensify flavors.

When selecting vineyards, David also evaluates the clonal material to ensure that it is diverse enough to create the complexity he desires for his Pinot Noirs, and that the selected clones produce the most impressive wines from their particular vineyard. To this end, he will select the blocks and rows with the clones he specifically wishes to work with.

Last, but perhaps most important, vineyards are selected because they have track records of excellence, and because they inspire David as a winemaker, with each one offering something distinctive and compelling for Fulcrum’s small portfolio of vineyards- and appellation-designated Pinot Noirs. 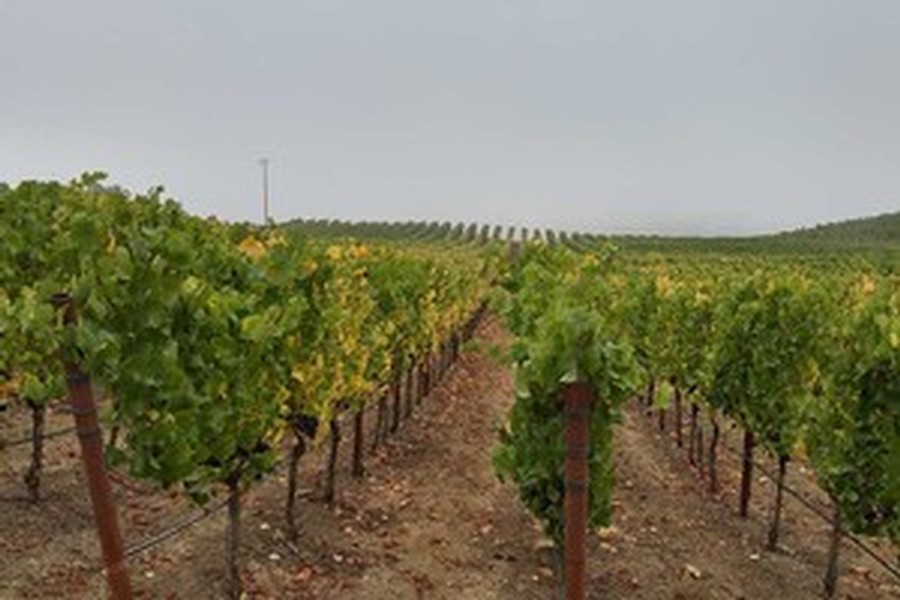 Since being planted in 2002, Gap's Crown Vineyard has emerged as one of the Sonoma Coast’s preeminent sustainable vineyards for Pinot Noir. Nestled on the western hillside of Sonoma Mountain, Gap’s Crown presents an amazing location to capture both the complexity and intensity that define world-class Pinot Noir. The site’s distinctive microclimate is predominantly influenced by summer fog rushing in from the Pacific Ocean through the Petaluma Gap. The soils are rocky and well drained, and are ideal for Burgundian varietals. Of the six different clones of Pinot Noir grown at Gap's Crown, David has chosen to use clones 114 and 828 for Fulcrum’s Gap’s Crown Vineyard Pinot Noir. With abundant lush, dark fruit, this wine is consistently the most rich and voluptuous Fulcrum offering. As is the case with all of the vineyards Fulcrum works with, set rows of Gap’s Crown are farmed specifically to David’s specifications under long-term contract. 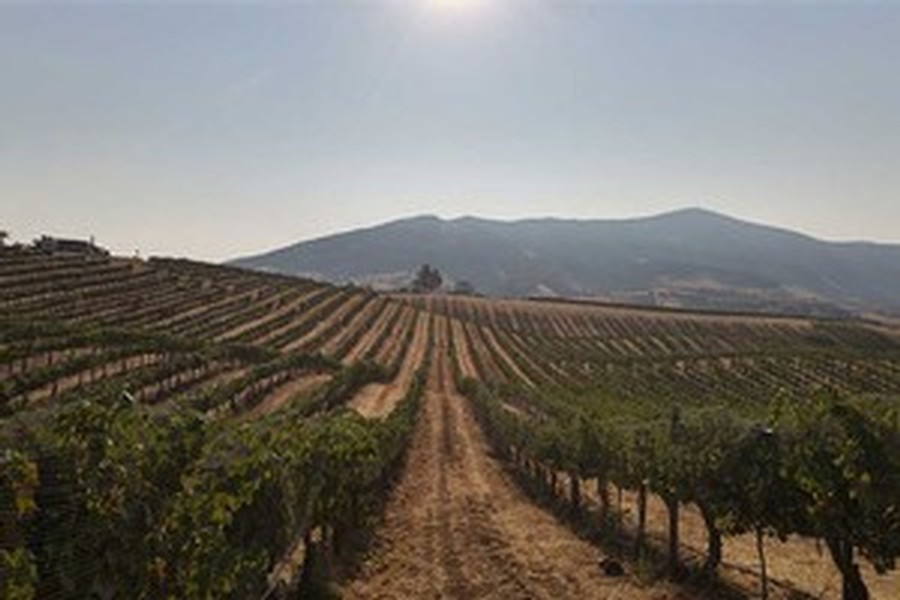 Located in the famed Chalone appellation of Monterey, Brosseau is truly one of California's premier organic vineyards, and it is also one of its most unique. While some vineyards in the state have cool climates, and others have limestone in their soils, very few have both. In 1980, this convergence of climate and geology inspired Jon and Jan Brosseau to plant their iconic vineyard. Tucked into the Gavilan mountain range, east of the Santa Lucia Highlands, Brosseau is a spectacular vineyard for Pinot Noir. It is certified organic, and consistently yields less than 2 tons per acre of dark, exceptionally concentrated fruit. The vineyard’s climate and limestone, decomposed granite and volcanic rock soils also impart a clear minerality to the wines, as well as a firm, tannic backbone. Fulcrum's blocks of Brosseau include clones Pommard, and 114, which are used in the Brosseau Vineyard Pinot Noir. 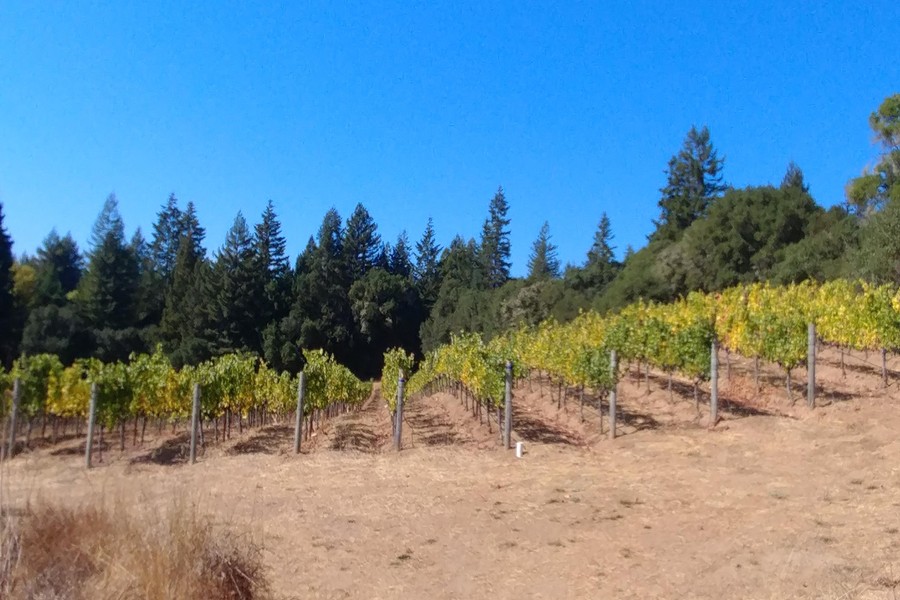 Planted in 2001 and owned my Moira Conzelman this property shows what Anderson Valley can do with Pinot Noir when expertly farmed.  Conzelman is managed by renowned winegrower Paul Ardzrooni. Paul has been farming Pinot Noir in Anderson Valley since 1990 and brings his special skills to the farming of Conzelman. Located in the “deep end” of Anderson Valley this is a cooler site in a cool region. This allows David to achieve the levels of ripeness he wants, while ensuring the poise and restraint he loves. The vineyard is composed of creek-side blocks of vines bordered by steeply terraced vines, and is planted with several different clones of Pinot Noir including Pommard, 667, 777, Martini and 115. Fulcrum’s blocks are planted to the 667 and Pommard clones.  With its effusive dark cherry notes, balanced acid and brooding layers of moist earth, there is an essential Anderson Valley-ness to the Pinot Noir from Conzelman that is incredibly compelling. Conzelman fruit is used in both the Fulcrum Conzelman Anderson Valley and On Point Winemaker’s Selection wines.

Originally planted in 1979 by Ed Durell our section of the vineyard was first developed in 1992. It has become California's most prestigious and consistently excellent Chardonnay vineyard.  The location, outside of the town of Sonoma, is at the intersection of Sonoma Coast, Sonoma Valley, and Carneros appellations.  This ideal location benefits from the cooling effects of both the Petaluma Gap breezes and San Pablo Bay.  We have selected a section of the vineyard in the Sand Hill block to make our Fulcrum Chardonnay.  Utilizing Clone 95 exclusively, we acheive a depth of fruit which is unparrelled and which we respect by crafting the wine utilizing traditional barrel fermentation techniques. 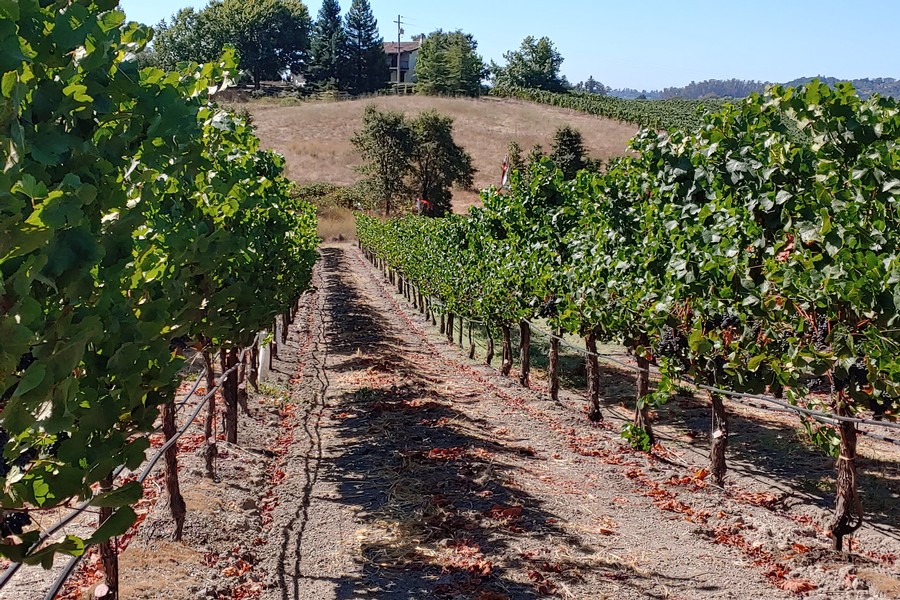 Hogan’s Run Vineyard was planted in 2000. Hogan’s Run Vineyard is located in the middle-reach of the Russian River Valley in Sonoma County – right in the heart of the Russian River Valley. The Russian River Valley is recognized globally primarily for producing outstanding world-class Pinot noir and Chardonnay. Wine produced from the grapes grown in middle-reach area are richer fuller bodied and opulent yet feminine with silky mouth-feel. Hogan’s Run Vineyard is situated on a hillside with the vine rows oriented 20 degrees East of West. This row orientation ensures even and optimal sunlight exposure. To the South of the vineyard is the Petaluma Gap area which is very cool and foggy with extreme coastal influences. To the North of the vineyard are towns such as Healdsburg, where the temperatures are extremely hot. Being situated between these two extreme temperate regions, Hogan’s Run makes for an excellent growing meso-climate for Pinot noir. The Northern hot temperatures generates convection from the Petaluma Gap creating afternoon breezes, keeping the temperature in the vineyard cool in the afternoons with fog coming in during the evenings. This perfectly suits our Pinot noir, which thrives in short hot days and cool evenings. Typical of the true Russian River Pinot noir.  Clones 667 and Pommard are used for our Fulcrum Hogan’s Run Pinot Noir and our On Point Winemaker’s Selection Pinot Noir. 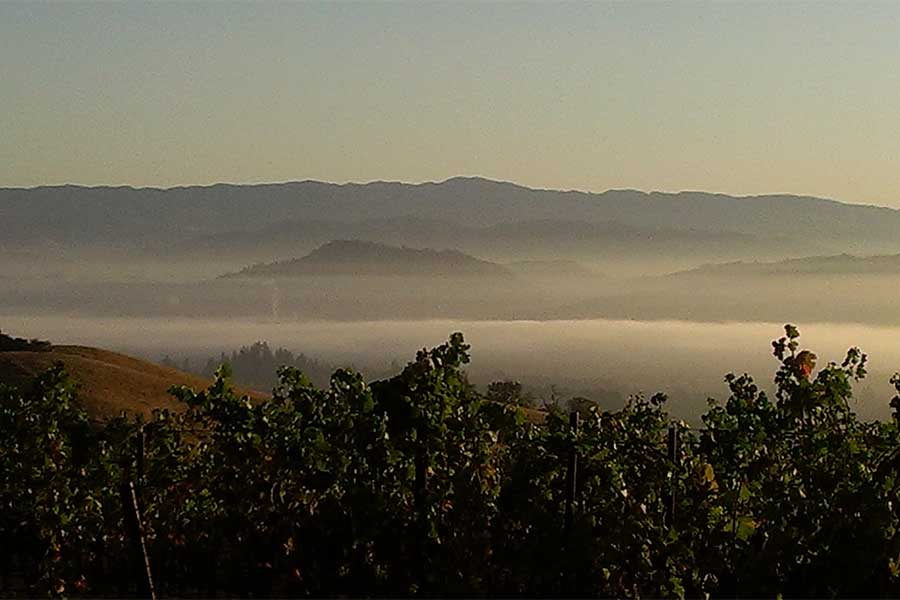 This special vineyard is located rin the Sweetwater Springs area of the Russian River Valley off of Westside Road. The landscape is very steep with Pinot Noir planted at the bottom of the vineyard and the Petite Sirah at the top.  Because the Petite Sirah is above the fogline it gets a nice dose of UV rays all season.  This allows for full ripening in an area you might think is too cool for Petite. We have made a vineyard-designated Petite Sitrah from Landy since 2014. We consider this to be a unique property that has just the right vines planted in the perfect spot. 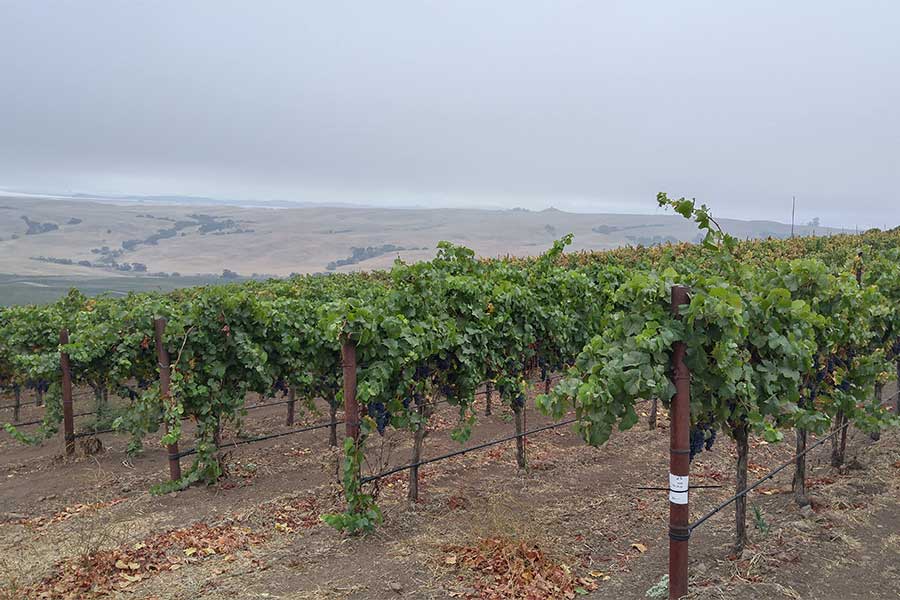 The term "mountain" does not seem to go with the Carneros appellation, a region known to be low and marshy right next to San Pablo Bay.  However, this is exactly what you find in this special sustainably-farmed vineyard. It was planted in 1998 by Steve MacRostie very close to the bay at 700 feet above sea level.  Red volcanic soils produce very low yielding vines that produce fruit of exceptional richness but also finesse.  A cool site due to the winds and elevation this is often the last Pinot Noir vineyard we pick. Clones Pommard, 115, 777, and 667 from Wildcat go into our Fulcrum Wildcat Mountain Pinot as well as our On Point wines.